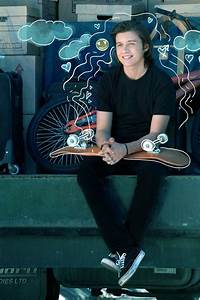 Nick’s Movies may not be the first movie that pop into your head, but it’s well worth a look. This enjoyable and informative documentary has a collection of other special features to add to your viewing experience.

The first thing that you will notice about this documentary is that it is structured as an introduction to some of Nick’s films. It starts with a discussion of his early years. You’ll learn about his love of telling stories, how he started out in the business and how he grew from being a struggling stand-up comic to one of the biggest stars in the world.

In keeping with the theme of storytelling and making fresh material, the film features interviews with his friends. Some have lived long enough to be interviewed in their own right, others are giving a retrospective view of their fellow comedian’s career. It also offers some fascinating facts about the movies and the period in which they were made.

The second thing that this documentary covers is humour. The first part introduces us to jokes about writing the title of his comedy skits, one which could easily be mistaken for a Bob Seger tribute concert.

In this segment, it is explained that he’s much better at remembering the words to a joke rather than the ones that weren’t quite funny enough. There is a lot of humour about this, and it is one of the most entertaining parts of the documentary. While it does contain more or less jokes, it also contains some real conversation which relates to what the documentary was all about.

Another part of the documentary talks about his love of food. He is a big fan of Southern cooking and food and takes time out of his busy schedule to cook the best southern cuisine he can find. He also talks about how his grandmother taught him to cook.

The third part of the documentary focuses on the skits which were his staple for so many years. He talks about how these skits actually helped him work on his physical comedy routines and that this helped him to learn how to speak about his sets.

One of the funniest moments is when Nick is sitting in the comedy club and he starts talking about how he knows some of the regulars and he speaks about a particular friend of his. He tells a great story about a particular routine that he gave a couple of weeks ago and how he went to see it. He then says he has not seen it since he left the club!

The part of the documentary, which features the interviews with Nick and his buddies is arguably the funniest, because Nick is up for any joke and at the same time his friends are equally hilarious. The conversations are quite funny and often are hilarious.

After hearing the stories from the people who were actually there, the documentary ends with a brief appearance from the incomparable Bill Burr. The comedian does a great job of taking Nick’s jokes and changing them so that they’re really original. It’s a fun and funny bit.

Overall, this documentary is a good laugh. It has some genuinely funny bits and there are some very interesting bits as well. But then, this is a documentary about a guy who has created so many fantastic routines and tell good stories.

One particular favourite amongst this film, and that I would give a top rating, is his point about how the way you treat your friends can be influenced by what you would say to a complete stranger. It is one of those good-natured jokes and one which makes me laugh every time I watch it. It is one of my favourites.